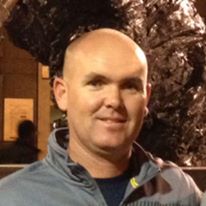 Nick commenced his coaching career in 1997 and for the first five years worked in Vienna, Austria under world renowned tennis coach, Gunter Bresnik. Gunter is known throughout the professional tennis world for his work with Boris Becker, Stefan Koubek, Ernest Gulbis, Dominic Thiem and many other touring professionals. This meant that Nick travelled a large portion of his time with players throughout Europe and the Americas to ITF junior events, Futures and other professional events.

From Austria, Nick moved to Florida and opened a tennis program with Kennis Collins in the city of Parkland and featured programs ranging from classes for the complete beginner to full-time players competing in Future and Challenger events. The majority of their players competed in all the Florida junior tournaments as well as the major national events. Several players continued on to receive full scholarships with colleges around the USA.

In 2008, Nick founded the Nick Hall Tennis Academy based at the Hahndorf Tennis Club, where he and his team of coaches train, hundreds of young players, of which approximately 30 juniors compete in state and national level tournaments. Players come from all over the Adelaide Hills, Murray Lands and the Metro area.

The Nick Hall Tennis Academy is fast becoming one of South Australia's most successful programs for competitive players. His list of players includes 3 of the country's top 10 juniors in their respective age groups as well as 30 others actively competing in junior and adult tournaments. Nick's past experience with high level tennis has given him expertise in junior development.